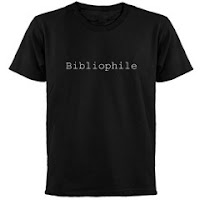 I laugh at David Letterman occasional bit “Great Moments in Presidential Speeches,” where great presidential sound bites are contrasted with a goofy quip, hiccup, or stammer by our current president… alas, the benefit of having every public moment recorded.

But former Bush confidante Karl Rove revealed last week in the Wall Street Journal that the President is a bit of a bibliophile. Rove’s New Year’s Eve 2005 resolution to read one book a week in 2006 became a competition in the Oval Office. Rove always wins, but the number and range of books our president is reading is impressive.

Among the President’s 2006 readings: biographies of Lincoln, Twain, LBJ and Genghis Khan, as well as Travis McGee novels and books on the Middle East and sports.

In 2007, "W" dropped to 51 books to Rove’s 76,including Krushchev’s Cold War and The Shia Revival. In 2008, leading the free world took its toll, with the President at 40 books, including Sears’ Gettysburg, U.S. Grant’s Personal Memoirs, and Halberstam’s The Coldest Winter.

Rove reports that the President reads the entire Bible annually and a daily devotional book. I have declined the annual Bible sprint in recent years, opting instead to see how slowly I can read those 66 books (more like J. Vernon McGee’s five-year “Through the Bible” approach).

I am similarly committing more time to reading and less to TV. After a couple of years of mental atrophy and sloth, I’m regaining my literary groove. My 2008 reading list is below, and challenge all my readers and writing circle partners to ante up and show me your stuff. I need the challenge to reach higher!

First book read in 2009: My Grandfather’s Son by Clarence Thomas. Amazing memoir!
Posted by old school editor at 12:25 AM 1 comment:

A print ad for Chivas Regal scotch got my attention in the Wall St. Journal recently. It’s part of a campaign called “Lives with Chivalry.” The risks of hard liquor aside, let’s look at how this effort to sell upscale booze exploits the virtue of chivalry.

The marketing blog utalkmarketing.com writes:
‘Live with Chivalry’ is a reaction against an age of individualism and over-reliance on materialism, and celebrates the concepts of masculine brotherhood, honour, class and sophistication. This 60-second TV spot shows pretty posh boys act like the gents that they are, giving people a hand up off the ground, carrying their girlfriend over a muddy puddle and pushing Rupert’s classic car (out of the mud).

Andrew Pentol reports at the travel-retail blog dfnionline.com :
“An independent international lifestyle consumer survey of 3000 respondents in 17 countries, carried out by leading research company BrainJuicer in August 2008 on behalf of Chivas Regal, revealed that chivalry is a quality valued around the world with 71% believing they would have a far better quality of life if the people around them adopted this new ideal. An overwhelming 95% of all men and women also said they found chivalrous qualities attractive in the opposite sex.”
New ideal?
*****************************

This past November, Stephenie Meyer’s blockbuster book franchise Twilight spawned a $70 million dollar box office opening. In an unusual twist for teen fiction – romance film lore, restraint played a central role for the characters. The vampire Edward showed his true love for Bella by NOT indulging his physical desire. (His passion for blood would surely kill the girl he loves.) Imagine that! True love requires self-denial.

Advertising agencies that are so gifted at moving people to spend $$ on "stuff" will continue to tie in products with historically enduring principles. Smart marketers will always try to associate with something more universal than their product alone.