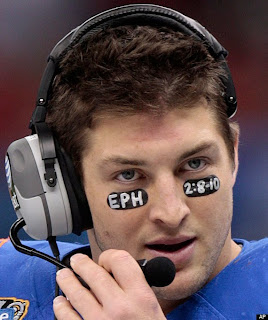 "Are you saving yourself for marriage?" Tebow was asked last summer during an SEC media day.

The room fell into a hush, followed by tittering: The best college football player in the country had just announced he was a virgin. As Tebow gauged the reaction from the reporters in the room, he burst out laughing. They were a lot more embarrassed than he was.

"I think y'all are stunned right now!" he said. "You can't even ask a question!"

That's how far we've come from any kind of sane viewpoint about star athletes and sex. Promiscuity is so the norm that if a stud isn't shagging everything in sight, we feel faintly ashamed for him.