What Tiger was thinking 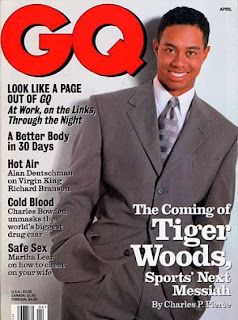 The headline “what was Tiger thinking” betrays the worst kind of naiveté. It’s not that I expect men to commit adultery. But it is certainly no surprise. Men are inclined toward pleasure and power. Money and fame facilitate pleasure and power. But love, the real thing, is made of tougher stuff.

Often rich and powerful men who stray say they did it simply because they could. Not because they wanted to in any calculated way. The opportunity was just there. Available. For men without such means, those opportunities are a fantasy, or passing fancy. Even Jesus of Nazareth was tempted in every way common to man.

What makes a man submit to such an opportunity? Or perhaps a better question is what makes a man resist. Years ago a friend told me he was presented with just such a pretty scenario. He was in a position of trust, she was of legal age. The liaison would have been legal, but not moral or ethical. And besides, he loved his wife. He told her, “Sorry, it’s just not worth it.”

Do men operate on a value system, ranking relative risks and rewards? Do men make choices based on danger? Do they just respond to “the feeling,” act on the passion of the moment, and pursue the brief desire of the eyes? Another ancient reference comes from the Apostle John who wrote about “the lust of the flesh, the lust of the eyes, the boastful pride of life.”

Would our Favorite Golf Star been better off flying his family (or his wife) to the final day of all his tournaments? Ah, hindsight. (Or was it “hindsight” that got Tiger in trouble in the first place? Sorry, last joke.) 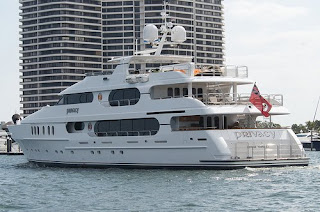 (photo by thelastminute/flickr)
Tiger’s well-crafted apology  was one part contrition, one part plea for privacy. His tone was sorrowful. His account was sufficiently specific without dwelling on the details. Surprisingly, he approached the concept of repentance, as in “I will strive to be a better person…” This raises his score on the apology index (as opposed to, “I’m sorry if anyone was offended”).

Married men who freelance are basically childlike. Note Tiger’s playful banter 12 years ago, when he was just 21. The April 1997 GQ cover story “The Man. Amen”  caught the sports billionaire on his way to the top of the sports world.


"What I can't figure out," Tiger Woods asks Vincent, the limo driver, "is why so many good-looking women hang around baseball and basketball. Is it because, you know, people always say that, like, black guys have big dicks?"

…being ferried by a limousine and being handled by beautiful women and being photographed for a magazine cover that will get him laid 296 times in the next year, if he so chooses, can be very exhausting work.

The story exalted young “Tiger of the Woods” as a sort of golf messiah. It is a lofty, precarious perch. Seven years after it was printed, Tiger was married, but it appears he never lost his appetite for women… until now.

As the world mutters and meddles in the Woods’ home life, I think they need a few of us to pray and hope that they work things out. I wished that for NASCAR glamour boy Jeff Gordon, NFL icon Tom Brady, Brad Pitt, Eddie Murphy and other guys I kind of envy, even though I have a 29 year marriage and they do not, yet.

The amount of the pre-nuptial terms ($300 million?) is wholly irrelevant. There is so much money on the table, neither he nor she has to worry about provision. Beware the lawyers who will be more than happy to handle the dissolution, and endless revisions to any settlement, and the most painful custody hearings to follow.

What is the price tag of true love, mutual respect, fidelity, a lasting marriage? Who values such things anymore? What are people willing to pay for such things? May the Woods couple work things out, God help them.

El Tigre is not yet the world’s greatest golfer (his 14 major victories, as compared to Jack Nicklaus’ 18), but verily he shall be. Unlike normal humans, I believe that great performers employ stress and off-field “distractions” to drive them in to their game. Pure anger over the tabloids, anger over the cheap women who betrayed him, and anger over his own stupidity will clarify things for him on the course. He will focus more deeply to overcome the chattering noise of gossip-mongers all over the world. Did you know that celebrities can literally hear the things we are saying about them?

If Mr. Woods meant what he said about “I have not been true to my values,” then his values have changed, and he may have discovered something as valuable to him as his game: family.
Posted by old school editor at 11:30 AM 3 comments: