Your favorite Detroit ex-pat here, with a few reasons Chrysler should survive. I admit I’m a romantic “car guy” of sorts, one who has never owned a Chrysler product. Yet I’m affectionate toward the brand, and I hope and expect they will survive in some form. Here are four reasons why: 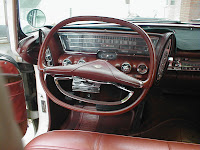 #1 - Vintage Styling
I will never forget visiting some family friends with my parents in the early 70s. Barely fitting in Uncle Ted's garage was Chrysler’s luxury standard, the Imperial. The breadth! The weight! I had never seen a push button transmission before. Uncle Ted gracefully maneuvered the long, wing-finned road yacht with its square steering wheel. That skipper's wheel was a physical marvel. It should not have worked. But it did. 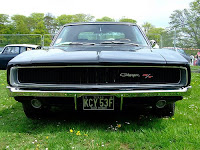 #2 – the 1968 Dodge Charger
Muscle car defined. Deep. Throaty (with Hooker headers and Thrush mufflers). Square-edged like a man. One almost killed my cousin David, who was driving at the time. Dangerous. Wonderful.

#3 – the Dodge Ram pickup
I like the cowl. I like hood lines. Its sales followed the Ford and Chevy, but the Dodge Ram didn’t look like every other pickup. It looked classic when it was brand new. 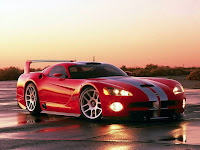 #4 – the Dodge Viper
Ooh mama! Cute and fast, a real life “Lightning McQueen.” We saw Denver Broncos quarterback John Elway driving one around town when he was a car dealer. When the Viper came out, it hit the market like the Ford Pantera (at $10k in the early 70s). If you could have one, you grabbed it. It’s still sweet and fast.

Honorable mention: the Dodge Caravan / Chrysler Town & Country minivans.
Ugh. The minivan empowered countless American families, and may be single-handedly responsible for the growth of suburbia in the 1980s. The minivan may have also emasculated countless family dads who sacrificed horsepower and machismo for domestic duty. 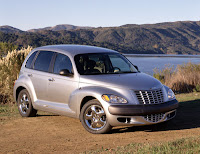 Honorable mention: the PT Cruiser and Prowler
Again, number 3 of the Big 3 gets big time style points. Again, poor engineering and an inefficient engine (which typify too many Chrysler products) made it hard for otherwise cool rides to roll to the rescue for Chrysler. 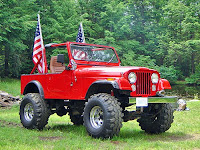 Honorable mention: the Jeep
Thanks for saving the good-time, manly brand after American Motors went away. It was always a strong visual brand out here in the West, and it always exuded adventure. Driving is dangerous. Hitting the road is an adventure. At least the Jeep looks like it’s up to the task.

Today’s bankruptcy is not necessarily fatal for the new Chrysler-Fiat conglomerate. (I love the Fiat transmission box, by the way.) I hope the market continues to refine the brand, but keep those body engineers! They’ve got what makes American cars … American. 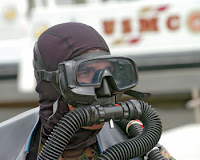 (illustration of The Tick from toymania.com)
I've been browsing, inspectin' - X-men comics you know I collect 'em
The pens in my pocket - I must protect 'em
my ergonomic keyboard never leaves me bored
Shopping online for deals on some writable media - I edit Wikipedia
I memorized Holy Grail really well I can recite it right now and have you ROTFLOL
--Weird Al Yankovic "White and Nerdy"

It’s an intellectual free-for-all, an annual confab of pundits, theorists, free thinkers, party-liners, think-tankers, forecasters, futurists, historians, artists, writers, and all those who are willing to listen to 75 minute diatribes. It’s the Conference on World Affairs at the University of Colorado campus.

Left-leaning, sometimes predictable, yet interesting for its fresh look at the world. First full session for me this year, “Geek Culture: Sci-Fi, Superhero Movies and Comic Books.”

Jim Emerson, editor of RogerEbert.com said what ties super heroes together is a sense of regret, acceptance of their unique destiny, and great sacrifice to live the super hero life.

New York Post editorial page association editor Robert George (his blog is called "Ragged Thots") dropped some strong comic lore history on the folks, and then explained the peculiar difference between Bruce Wayne/Batman and Peter Parker/Spiderman. While Bruce Wayne is obsessed with vigilante justice as Batman, he grudgingly obliges his role as millionaire. Parker on the other hand would rather live his life as a normal young man, he reluctantly fulfills his duty as Spidey-hero. (Is this discussion getting geeky enough for you?)

George added that comic book heroes are “classic American mythology.” They help us solve our problems, explain our world.

Chicago Sun-Times/MacWorld columnist Andy Ihnatko answered the question from a coed “Am I a geek?” with the following definition: an obsession with mastering a certain thing, allowing for differences in others, willing to be different (as in dressing up in costume for a sci-fi convention), and not caring too much others think.

I guess Tina Turner was wrong. We do need heroes.
Posted by old school editor at 11:27 PM 1 comment:

From a friend - a tough guy, who hangs out with Navy SEALS, who chews low-carb nails for energy, who serves as technical consultant to the TV show "24" ... male Hallmark cards...