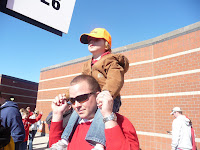 Reading through the Jewish prophets, I almost overlooked the opening verse of Zephaniah. Once you run into those “Azor begot Zadok, Zadok begot Achim” verses, the eyes glaze over and you might want to skip ahead to other more readable parts of the Bible. Jews for Jesus notes that the 1982 Reader’s Digest condensed version of the Bible left out many genealogy portions. But genealogy is extremely important in Jewish life. People need roots.

Re-reading that verse 1, I thought of my own paternal ancestors and I could only go back two generations, to my father and his father. I want to know more. I am pursuing what I will henceforth refer to as “The Zephaniah Standard” – that’s four generations of fathers. For good or for bad, I want to know the men who spawned, ultimately but not finally, me. And I shall beware the narcissistic delusion that it’s all about me. But I very much want to know about these men.

(I want to know about my “mothers” too, but that’s another blog.) I’m also tracking a story about my mother’s father who spent a night in Lake Erie when he and some fishing buddies capsized. That’s a story of perseverance and survival that I want to pass on to my children and grandchildren.

In ancient days a man was known by his family. The family was central to one’s identity. The family was central to one’s business affairs. The trade was passed down within the family. The family’s reputation extended to all its members. That’s one reason the family’s honor was upheld and defended so vigorously. Shame also has a way of enduring through later generations. (Honor can also be abusive and controlling. Witness the brutality of Muslim “honor” killings. Is such behavior really Muslim? Again, a topic for another blog.)

In earlier times the family was a version of what is now known as “the network.” Across time, imagine your ancestors – your fathers - like the crowd of technicians and service people in the Verizon “can you hear me now” commercials. (One of my favorite Verizon “flash mob” videos here.) The book of Hebrews recounts many of the great heroes of Israel’s history, and then the author says, “… since we are surrounded by so great a cloud of witnesses, let us lay aside every weight, and the sin which so easily ensnares us, and let us run with endurance the race that is set before us.” (Hebrews 12:1)

I think we lose heart when we see ourselves standing alone. Conversely, we gain strength and courage when we remember we are “standing on the shoulders” of those who went before us. Thinking back to when you were a child, can you remember what fun it was to sit way up high on dad’s shoulders? We could see over the whole crowd from up there!

I’m checking in with my cousin, who’s the patriarch of the clan, and I’ll report back if I discover the identity of my grandfather’s father, and his father. How far back can you trace your fathers?
Posted by old school editor at 11:49 PM No comments:

The next word on men in church

Pastor Darren Patrick has a word for men. This YouTube video sets the scene for his upcoming book, Church Planter. Are men in the church endangered? Disappearing? After watching the video, what say you?

Posted by old school editor at 8:08 PM No comments:

What's a "retrosexual?" I love the definition from Lini Kadaba: "The retrosexual, however, wants to put the man back into manhood."

Read more at Merriman-Webster.
Posted by old school editor at 5:21 PM No comments: